Home » What We Do » Culture Preservation » Cultural Exchange

We hosted an inaugural Cultural Exchange camp from December 13th to December 16th, 2018. The inaugural camp was only open to students that were in the Music and Culture program at that time and others in the local community. As we grow, we will open up future camps to other Zimbabwean communities as well as others outside of Zimbabwe.

The camp not only exposed many people to traditional music but also gave mbira players, traditional singers, and traditional dancers an opportunity to share their talent with others.

We are also working on developing a repository for traditional music and culture related material. We will provide more information on this at a later time. 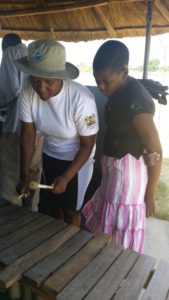