Home » What We Do » Culture Preservation

The Mbira Dzavadzimu, originally played at ceremonies and social gatherings is the national instrument of the Shona people of Zimbabwe. It consists of metal keys mounted on a hardwood soundboard called a gwariva, made from wood usually from the mubvamaropa tree.

It is usually played to facilitate communication with ancestral spirits in ceremony. Today the Mbira Dzavadzimu is studied thoughout the world and also played outside of ceremonies.

The Marimba originating in Zimbabwe, played and now used and taught throughout the world, is a more recent instrument originating at Kwanongoma College in Bulawayo, Zimbabwe. It is a wooden instrument, sometimes made with a metal frame, with plastic tube resonators, and is played using rubber mallets. An ensemble is comprised of soprano instruments, tenor instruments, a baritone and a bass. 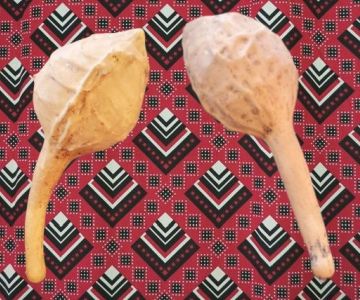 Hosho are Zimbabwean musical instruments consisting of a pair of maranka gourds with seeds. They typically contain hota seeds.

They are used as rhythm instruments in many traditional Shona music genres, such as in mbira ensembles and in ceremonies accompanying the mbira. 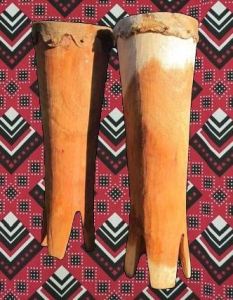 “The term ngoma is widespread throughout communities in Southern, Eastern, and Central Africa. At a basic level, ngoma simply means “drum.”

At the same time, it is also commonly used to refer to specific musical styles that combine drumming, dance, and song. Further extending its meaning, the word ngoma can also be used to designate the very concept of music itself.

Finally, there is often a therapeutic dimension to ngoma, which is played at many of the same ritual events where mbira music also features, such as bira ceremonies”. From "Sekuru’s Stories” by Jennifer Kyker