Home » About Us » Team in Zimbabwe

Our Team in Zimbabwe 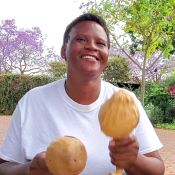 Matilda was born in Mhondoro and is the eldest daughter of renowned Zimbabwean mbira player, teacher and cultural ambassador, Cosmas Magaya.

She spent her early childhood living with her grandparents Joshua and Matilda Magaya in Mhondoro. Raised by her grandparents, Matilda was exposed to a lot of Shona traditions and culture. She is a strong hosho player and has played during traditional ceremonies. She is also a skilled traditional mbira music dancer.

Matilda attended primary school at Chibikira Primary School, which is one of the schools in the area that our project supports. She later joined her parents and siblings when she began secondary school. She currently lives in Harare with her children. 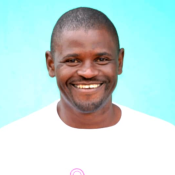 Mudavanhu ("Muda") was born in Hwange, Zimbabwe and is Cosmas Magaya’s only son.

Muda is a great mbira player in his own right. Muda developed an interest in playing mbira at a very young age. He started by just observing his father and then trying to play. After seeing his determination, Cosmas decided to formally train him. Muda received training from his father for close to a three decade period and has been a teacher to many American students that have travelled to Zimbawe to study mbira music.

A highly sought-after mbira player in the Mhondoro area in Zimbabwe, Muda has performed at ceremonies together with his father over the past two decades. Over the past 20 years, he has recorded several albums that can be purchased here in the United States. 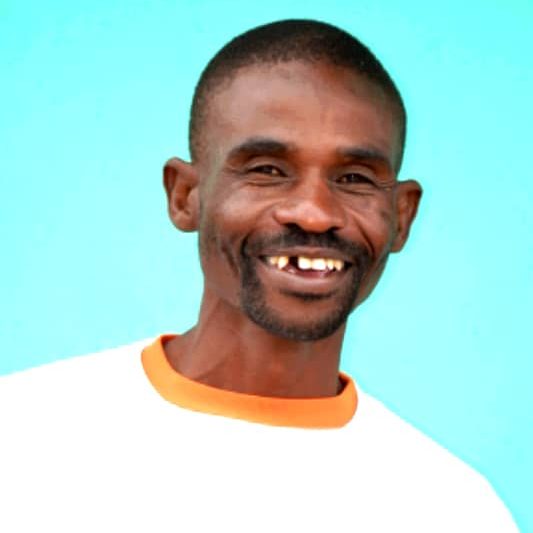 Tonderai was born and raised in Mhondoro. He holds a diploma in education from Nyadire Teachers College, with two distinctions in teaching practice and classroom management. While studying at Nyadire, he joined the music department and this is where he developed his love for marimba. He participated in a marimba band while at Nyadire. In order to continue developing his musical skills, Tonderai has taken several workshops from Kutinya Marimba Arts.

Tonderai has been teaching at Chipashu Primary School since 2009. He introduced competitive percussion to the school, his students perform at various events in Mhondoro. Tonderai also holds a degree in Agriculture from Great Zimbabwe University.