Home » About Us » Board of Directors

Our Board of Directors 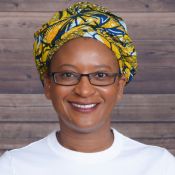 Born and raised in Zimbabwe, Tsitsi is the daughter of the late Cosmas Magaya, a world-renowned Zimbabwean mbira player, teacher, and cultural ambassador. From a very early age she was exposed to the rich Shona culture, traditions, and music. Unlike the average child growing up in Zimbabwe, mbira was a normal part of Tsitsi’s everyday life.

Tsitsi is dedicated to preserving and sharing the traditional music and culture of Zimbabwe and paying forward the generosity and emotional support provided by others throughout her life.

She is a seasoned certified public accountant with vast experience in both corporate accounting and non-profit accounting. She currently works as an accountant in Arkansas where she lives with her husband and two children. 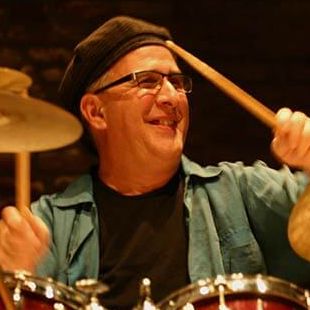 Working in hundreds of schools In NYC, Jim has conducted workshops for thousands of students and teachers, teaching math, cultural studies, and language arts through music and percussion.

In 2005 he was given the opportunity to begin his “Dream” After-School Arts Program. As the brainchild and supervising director of R.A.V.E (Radical Arts Venue and Education Center) the program received three major national awards.

Jim is also an internationally renowned performer and recording artist and has been BMI’s Composer-In Residence and Percussion Instructor at La Guardia High School of Music and Art in NYC for the past twenty years.

Jim is the Humwe Board Secretary. 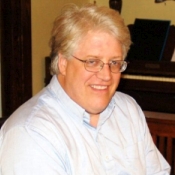 Trained as a violinist/violist and composer, Glenn West has immersed himself in the study of the Shona Mbira of Zimbabwe and traditional Shona musical practices and is currently an instructor of ethnomusicology at the Eastman School of Music.

He has worked with numerous artists including Cosmas Magaya, Chartwell Dutiro, Musekiwa Chingodza, Patience Chaitezvi, among others and has spent time researching and performing in Zimbabwe.

Glenn has also performed and taught across New York State and remotely across the US. In 2018, he gave presentations on the mbira at the China Conservatory in Beijing and the Chinese University of Hong Kong.

Glenn is the Humwe Board Treasurer. 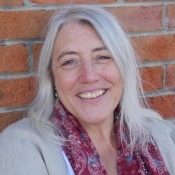 After starting marimba classes in 2012, Cecily very quickly fell in love with traditional Zimbabwean music and culture. Since then she has attended Zimbabwean music workshops and camps every year.

Cecily has been working in digital marketing for over 20 years. Specializing in SEO (search engine optimization), UX (user experience), CRO (conversion rate optimization), & digital analytics, she values the opportunity to work with & support organizations in education and the arts. 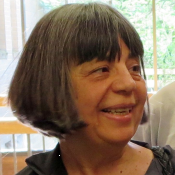 Marilyn connected with Zimbabwe in 1993 through playing Zimbabwe-style marimba and mbira at Kutsinhira Cultural Arts Center in Eugene, Oregon.  She now serves as Zimbabwe Liaison for Kutsinhira, and also plays with Kudana Marimba and Vakasara Mbira.

In 1997 she and her family traveled to Zimbabwe, where she met Cosmas Magaya and his family. They formed a strong friendship, which over the following years blossomed into many US teaching and performing tours for Cosmas.

Marilyn joined the Humwe Board in 2019 and is enthusiastic about its vision and goals.

A native of Zimbabwe, who is now based in the U.S Blessing (Bee) has fond memories of her early exposure to Zimbabwe traditional dancing (mbakumba), an ensemble of dancing to Shona songs accompanied with marimba, ngoma, and mbira instruments back in her primary school.

She has an appreciation of the importance of embracing one’s culture and more importantly proudly sharing and preserving it with younger generations and the world and is committed to driving such efforts.

She is a certified public accountant (CPA) and has been working in the accounting and auditing field for over 15 years. She currently works as an accountant in Texas where she lives with her spouse and child. 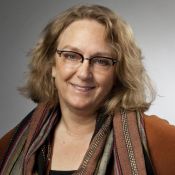 Janis began studying Zimbabwean music in 1999, with Sekuru Magaya being her primary mbira teacher over the years. She has traveled to Zimbabwe many times, staying with the Magaya family, often in conjunction with trips to help develop neuroscience research and education capacity throughout Africa. Through Cosmas, Janis developed a relationship with health clinics and St. Michael’s Mission hospital in Mhondoro.

Janis is Professor Emerita of Biology at University of Oregon, and a Co-Founder and Chief Global Health Officer at InVivo Biosystems, located in Eugene, Oregon, USA. She has extensive experience in not-for-profit organizations.